Desiring to Believe and Self-Deception 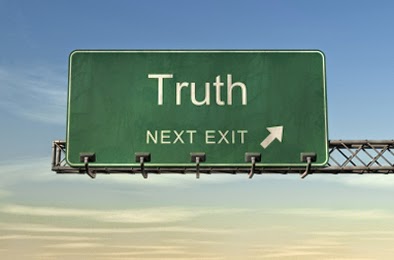 This week, postgraduate student Martin Smith considers the relationship between self-deception, the desire to believe and rationality.

Nicole swears that her husband is faithful. She’s adamant about it. Her friends, though, aren’t convinced. That weekly poker game of his? He spends it with Rachel, they say. They see his car at her place every week. And these friends of Nicole’s are good friends. They wouldn’t say this lightly. But Nicole’s firm; “I just don’t believe any of it”, she says.

She speaks with conviction but her words aren’t the whole story. She won’t drive by Rachel’s place when her friends say he’ll be there. A few times she’s needed to get somewhere and it would have been convenient to just go past Rachel’s. But if it’s ‘poker night’, she’ll avoid that route. It piles minutes on to her journey but she just won’t go near that house.

Nicole is a bit of a puzzle. She says she believes her husband to be faithful. She’s not trying to deceive her friends by saying that. Best as she can tell in that moment, that’s an honest report of her perspective. But still, she doesn’t behave like someone who really believes that.

She seems to have some awareness that things are off. That’s why she avoids Rachel’s house. Part of her, somewhere, we might think, senses her friends have a point. But she’s keeping that sense – that awareness – at bay somehow. She’s blocking it out. She’s self-deceived.[1]

No doubt this self-deception is irrational. Hopefully, if we look at her case more deeply, we should be able to draw from it certain lessons. Namely, lessons about what not to do if we want to remain rational! And what’s interesting about this case, I think, is that the lessons we can draw from it might challenge common assumptions about desire, belief and rationality.

There is something right in this. I think Nicole’s desire to believe that her husband is faithful is involved, in some way, in her irrationality – her self-deception.[2] But I don’t think the problem is that this desire is too strong. Rather the desire (or commitment) is too weak. Let me explain.

What can you do to get out of a distressing situation? One option is to face up to it. When you’re, say, anxious about making a phone call to a friend you’ve upset, you can choose to respond by gritting your teeth and picking up that phone. The distress might temporarily increase as you do so but you’re actually tackling the problem. Once it’s resolved, the distress will disappear.

The other way out of a distressing situation is to avoid it. You put off the phone call. Put it out of your mind. Distract yourself whenever the thought of it arises. Avoidance, no doubt, is easier than facing up to a problem. In avoidance you can experience immediate relief from distress rather than the temporary increase that taking action brings about. But there can be other price tags attached to avoidance, as I hope to show.

Obviously Nicole, rather than facing up to the evidence against her husband’s faithfulness, avoids that evidence. She keeps away from Rachel’s house. Brushes aside memories of suspicious activity. She has some level of awareness of this evidence alright but she keeps it from the centre of conscious attention. It’s always pushed to the peripheries. That’s how she deals with the distress that threats against her desire to believe bring.

Well okay, that’s a little cowardly but she’s getting what she wants, isn’t she? Hasn’t she has kept her belief that her husband is faithful intact? It sure seems like her desire to believe is winning out against the demands of rationality. It seems her desire is being gratified.

Consider, though, that her avoidance of threatening evidence against her husband’s faithfulness seems to call into question whether she does in fact believe him to be faithful. After all, she’s not willing to put that belief to the test. She’s not willing to ‘put her money where her mouth is’. Really, her avoidance of the evidence just seems like distrust that the world really is as she professes to believe it to be. That is, she seems to distrust her judgment that her husband is faithful. But if she distrusts that judgment, does she really believe it? Intuitively, to me, it seems she doesn’t. Or at least, she doesn’t fully believe it.[3]

It seems to me that in avoiding evidence against her belief, Nicole gradually loses that belief by systematically distrusting it. Self-deception may gratify her temporary desire for relief from distress but it sabotages her desire to believe that her husband is faithful. Her desire to believe loses out against her desire for comfort. Self-deception isn’t quite as attractive regarding belief-preservation as it may have seemed.

So what could she have done differently? Could she have better served her desire to believe? Yes, she could have, by facing up to the evidence. Enough avoidance guarantees loss of belief through mistrust. But while facing up to threats to a belief may also lead to loss of that belief, it also opens up the possibility of preserving it.

Confronting the situation allows one to potentially find out that the ‘evidence’ is not what one feared. Perhaps Nicole, if she drove up to Rachel’s house, would find a satisfactory and innocent explanation of it all (Rachel’s help was needed for a surprise for Nicole). Even if the chances of this are slim, they beat the zero-chance of belief-preservation offered by avoidance.

If all this is correct, then Nicole’s desire to believe would have been best served by complying with the demands of rationality. She would have maximised her chances of gratifying that desire by being attentive to the evidence. Really, her failure to be attentive to the evidence is a failure to be properly committed to her desire (and her belief). So rather than her desire competing against the demands of rationality, taking her desire seriously requires meeting those demands.

It’s often thought that desire for a belief, emotional investment in a belief, or commitment to a belief compromises rationality. But the lesson we can draw from cases of self-deception like Nicole’s might be that the problem is not in these attitudes themselves but in the deficient methods we use to (attempt to) uphold them. Deficient methods like choosing avoidance over action (‘facing up’), for instance.

[1] This is an adaptation of a case of self-deception discussed by Funkhouser (2005, p.302).
[2] Of course, she may desire that her husband actually is faithful too. But it’s plausible to think that she also desires to believe that. Even if it were false that her husband were faithful, sincerely believing him to be would surely provides a level of comfort she could easily cherish. Ignorance is bliss after all. For considerations in favour of viewing desire for belief rather than for some state of affairs out there in the world as more significant in self-deception see Funkhouser (2005).
[3] I find plausible something in the spirit of Lynch’s claim that “the extent to which S really believes that p can be gauged by observing the risks he/she is willing to take on that assumption (2012, p.444).”
Posted by Unknown at 16:46