Procreation and the Welfare of the Future Child 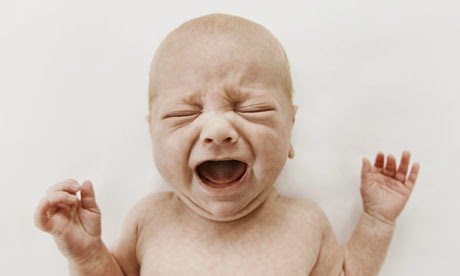 I’m not quite at the point in my life where I’m ready to have children (I have an atypical sensitivity to high-pitched screaming and a built-in love of a normal sleeping pattern). However, I have reached the point where a lot of my oldest friends are having/have had children, so I’m currently writing a paper exploring the idea that they may have disadvantaged their children just by the act of creating them.

This may seem like a very counter-intuitive claim. I mean, if it’s bad to come into existence, wouldn’t it be bad that we were born too? “But being born was the best thing ever to happen to me!” I hear you saying. Nevertheless, David Benatar (2008, p18-57) presents quite an interesting view as to how procreation always harms the created child. This view rests on a plausible asymmetry between the relative goodness and badness of the presence of benefits and harms in existent persons on the one hand, and the absence of those same benefits and harms in never-existent persons on the other. This works merely because the decision to procreate or not has two possible basic outcomes: a) a child is created and is therefore able to experience harm and benefit, or b) no child is created and there is a corresponding absence of harm and benefit. The relative value of the benefit and harm in scenario A is fairly simple: the presence of harm is bad and the presence of benefit is good. In this scenario, it would seem that whatever side outweighs the other the difference would be marginal, as we know that neither harms nor benefits occur in isolation throughout life. Conversely, Benatar presents a plausible and interesting difference in scenario B. Based on our intuitions surrounding the prevention of harm and benefit during life, the absence of benefit appears to only be bad when there is a person deprived of that benefit but the absence of harm seems good regardless. This means that in the scenario where the child will never exist, the absence of harm (to them) is always good but the absence of benefit (for them) is only neutral as they don’t exist to be deprived. So, in the comparison between the possibilities, scenario A is always better as it has no down side for the child in terms of the cost/benefit analysis. As we seemingly have either a moral obligation to our children or merely to prevent harm in general, we have a moral obligation not to procreate – because doing so always disadvantages the created child.

This argument looks to be pretty good, and relies on widespread intuition regarding the relative value of the presence or deprivation of harms and benefits. We could, based on this, conclude that all procreation is morally wrong and begin our species’ extinction through abstinence or birth control. However, I’m interested in alternative views of possibility that may have an impact on this argument. Consider modal realism – which in its simplest terms states that all possible worlds exist in the same way as our actual world. In this situation, the decision whether to procreate entails the comparison of two equally real possible worlds (scenarios A & B as above), and as such the relative value of these scenarios is different. This is because if the hypothetical child does not exist at our world, they will exist in an equally real way in the world of one of our closest counterparts. Due to the uncertainty of which world we inhabit at the point of decision, it is natural to conclude that if we have any moral obligation to the future child, we have that obligation to the child regardless of which of the two possible worlds that child comes into existence within. So, the relative value of the absence of harm to that child at our world (by virtue of non-existence) is neither bad nor good, as that harm is only displaced to the other world. Moreover, if it’s only a duty to prevent harm in general that we have, then we cannot prevent that harm and once again the absence of the relevant harm in our world has a neutral value. This would mean that whereas the value of the presence of harm and benefit in A is the same, the relative value of the absence of harm and benefit in B is neutral. Therefore, this suggests to me that we should divorce our procreative decisions from considerations of the child’s welfare, because we have no good option. The idea is that if modal realism is true, then anyone justifying their procreative decisions on the welfare of the future child is misguided – they should instead consider the child’s effect on their own welfare.

I’ve submitted the abstract for this paper to the British Postgraduate Philosophical Association conference in Leeds, and hope to present in September. Further information regarding the conference can be found here and here.

Benatar, D., 2008, Better Never to Have Been: The Harm of Coming Into Existence (Oxford: Oxford University Press)