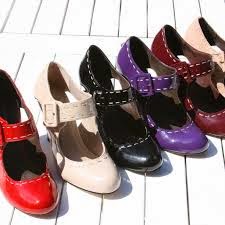 This post is by Heather Widdows, who reports on the first workshop of the BeautyDemands network.

The workshop took place earlier this month at Warwick University. It considered changing body image and looked at how ‘normal’, ‘healthy’ and ‘perfect’ function as concepts in the beauty debate. For instance, how they function as people perceive themselves and others in terms of what is normal and beautiful, and in terms of what women and girls (and to a lesser extent men) feel is expected of them.

These were the types of issues which were discussed were:

Read more »
Posted by Lisa Bortolotti at 21:11 No comments:

On 30th March we will host a mini-workshop featuring Hartry Field and Ofra Magidor.

All welcome. Email Scott Sturgeon for further information.
Posted by Lisa Bortolotti at 10:19 No comments:

The Edward Cadbury Lectures come from an endowment from the Cadbury family to the University of Birmingham for an annual series of lectures open to the public on the history, theology and culture of Christianity. The first Cadbury Lectures were delivered in 1948 by the historian Arnold Toynbee, who has been followed by a succession of eminent scholars from around the world.

To register please e-mail us specifying which lectures you would like to attend.

Posted by Lisa Bortolotti at 10:09 No comments:

Was Aristotle a Cognitivist about the Emotions?

Our PhD student Isaura Peddis had her paper on Aristotle and the emotions accepted for presentation at a conference in Edinburgh in July 2015, organised by the European Philosophical Society for the Study of the Emotions.

The paper is entitled: "Aristotle and his archetypal classical cognitive theory of emotions: a philosophical myth".
Posted by Lisa Bortolotti at 09:32 No comments: